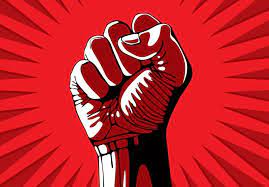 2020 is a tough year for everyone. For me, there is some months like house arrest alone. A year passed by and we are in 2021 with changes in our daily life style and the way we live, work and enjoy life. People are fighting for this virus outbreak but most people believe in our survival instinct and health system.

As for burmese citizens including me, 2021 Feb military coup is another misery added up to already-been messed up sitiation. It’s a sensitve topic to discuss for non-political minded like me, however this is a big upset and unethical approach taken by the junta militray to the public. Sometimes, people are blinded for one’s personal agenda. This is understanable until it affects to ten of thousands of peope. As the other days, I saw a post on social media of the comparison between how many people are dead from Covid-19 and junta massacre is like 500 fold of the virus. I used to think that black sheep are a lonesome outcast and in this case, the hatred of a group of people with a blinded leader becomes a back sheep flock.

I came from a political parent who suffers from the past coup and how brutal the military tatics on this matter based on his life-long story. However, this time, things are not gonna turn out like the same outcome with the commitment and mindset of the public. You can jail a person but his or her mind. You can kill a person but not his or her belief. This is not a political warfare for Burmese citizens, it’s a nation state warefare and freedom violated.

In a time like this, it is important to focus on the mind, more than the situation. We took care of ourselves, our family, our neighbors and so on and show what do we believe and stand for sto the world.

Starts from next week,it is a new year for some of South east asian countries including my land. I am going back to my hometown and plan to enjoy quality time with my family. Aparts from that, I pl...

Bye 2014 &amp; Things I thankful for… Each year, I got in touch with new people, materials, and abstract subjects. This is the recap of things kept me going on until this far. People Firstly...