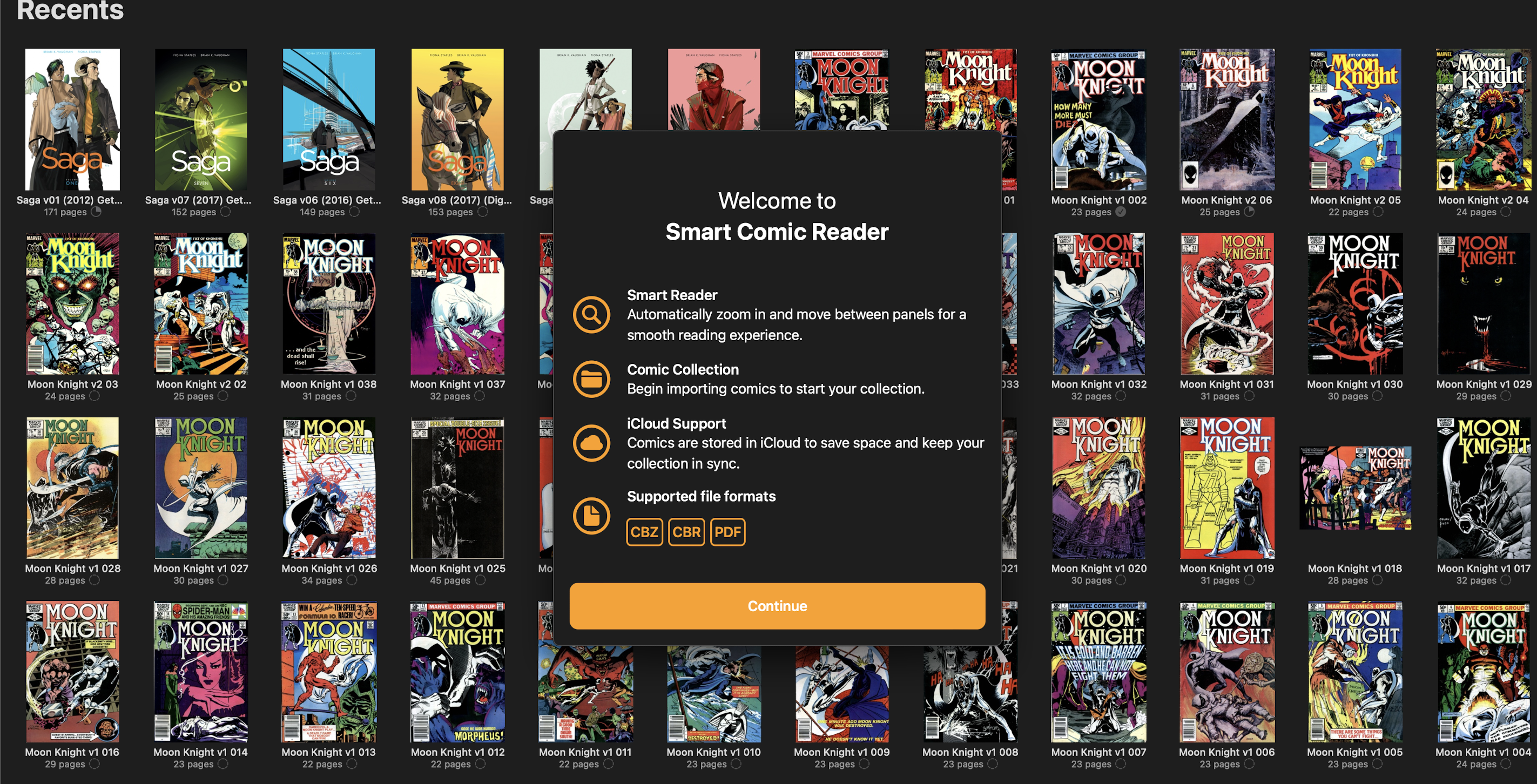 I found the perfect comic reading app for IPad Mini

If you are the owner of 8” iPad Mini or smaller devices and a comic or graphic novel fan, you might explore free or paid comic apps. I was googling available iOS apps to enjoy Saga series and MoonKnight comics. This app is never listed in the first google result of “best comic reading apps”. I list down the features that I want in the app.

Features of the ideal comic book in my mind

I was trying few of these 10 top comic reading apps. Panels and Chunky seems great but still the navigation feature is missing. Somehow, my search is done with the app called Smart Comic Reader. It is noting fancy with very similar feature like other apps. However, that smooth automatic panel detection and navigation blown me away.

Check out the demo of the feature here.

The app don’t receive enough rating at Apple Appstore to stand out and I wrote this piece to show appreciation to the creator.

I made a short picture to promote this. I was rotating screen to landscape mode to show that it can adapt for a long horizontal panel.

It’s all about Raycast

What is Raycast? Raycast is the recent find on productivity app that I decided to explore. At a quick glance, it is similar to MacOS spotlight with tweaks and hands full of customization features....

These days,people stop reading books. Technology plays a great role in that. It changes lifestyle of people, including me. It’ve been a while I stop reading actual books such as fictions, non-ficti...

Read more by adapting your routine

The Struggle Reading a long form content is hard in today which is fulled with various format of attention grabbers from screens and entertainment format. To sit down and read a book becomes a mor...