Back to previous blog post on the issues with Burmese digital writing fonts standard, people are still pointing fingers and a fool-proof solution is far away to settle on either Zawgyi or else. A friend shares me a Facebook post about a new font, Pyidaungsu Zaw Decode, that created by a researcher who is working at Myanmar Unicode & NLP Research Center. The font promises to render both Unicode and Zawgyi fonts and it seems to have a high potential to tackle the issue. The following is download URLs for True Type font and Android APK executables.

This blog is to review and evaluate the potential of this font whether it can solve this issue. I am aware that it’s still in production stage which might encounters font rendering issue.

Installing TTF font can be done easily with default font installer of the targeted platform (Windows,Mac & Linux distros). However, it is a bit tedious for Android system. First of all, the phone needs to have a root privilege to change default system font. The second consideration is to switch font after installing the APK file using Android Font changer app. I use iFont that works fine and can restore to Factory Font with just a click. Go to MyInstall for custom installation of ZawDecode Font and the app restarts the system to switch to the new font. 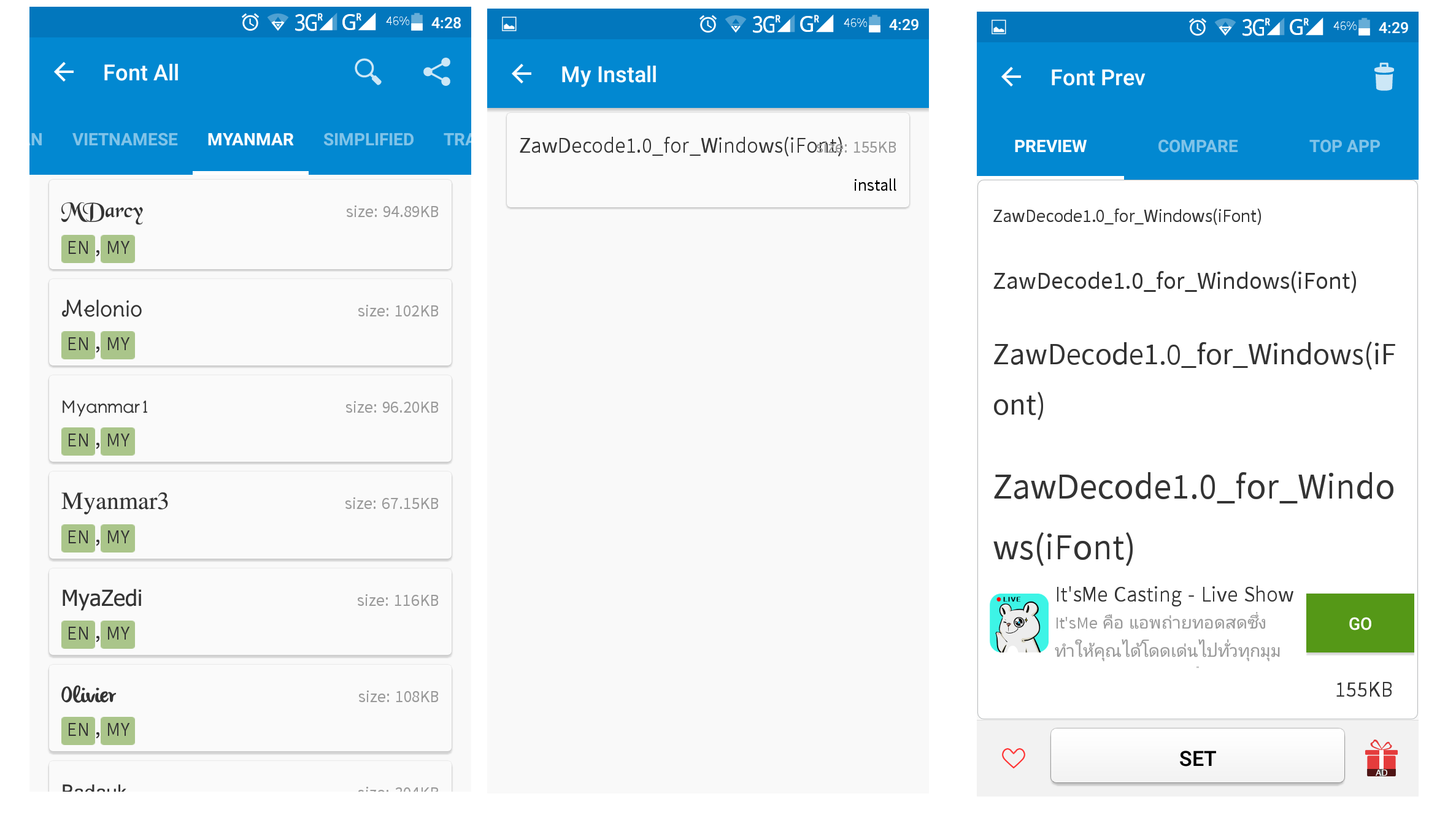 I uses the web page that contains first section for Zawgyi font and second section for Unicode font to evaluate the correctness of rendering both Zawgyi and Unicode font. The web page shows that Zawgyi font rendering is not 100% correct but Unicode rendering is almost perfect with some incorrect rendering, which can be seen at the below figure. Typing Burmese with this font also gives an incorrect output with common Burmese android keyboards like FrozenKeyboard 2.

I am aware that this is still in the early stage of development and the development teams can fix these issues to make it compatible with both Zawgyi and Unicode in the near future. I am just an enthusiast to solve this issue in the near future because it can drag down the advancement of technology in most aspects especially in digitalization and telecommunication. 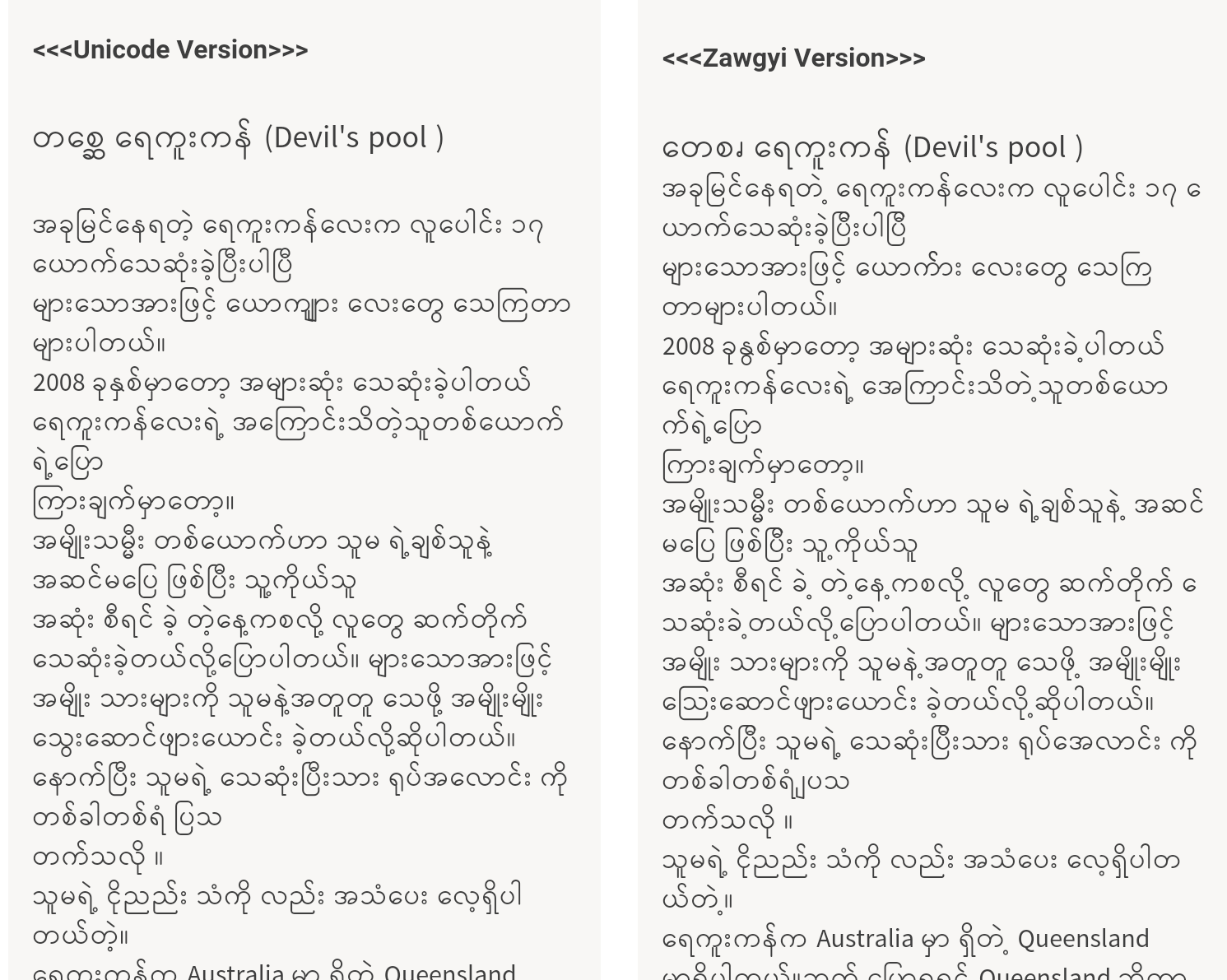 Updated as of 2022 The issue is resolved at 2019 with country wide effort to adopt Unicode font in mobile devices and in computerized system. TL;DR This is ad hoc review and propaganda abou...

I wrote on a quora thread about Technology changes in my motherland, Myanmar. A freelance journalist from WEIRD magazine caught an interest on the answer with some follow-up questions. He is workin...

Since I’ve been doing research for my master, I have to spend lots of time reading journal and conference papers. The problem is organizing these papers. I did a little research to find some ways ...

What is FIDO and Next Generation Online Authentication